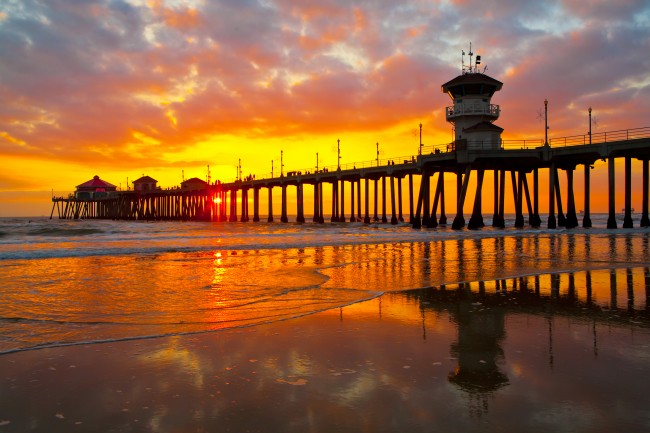 There are five major piers in Orange County, California. One city is lucky enough to have not one, but two large piers and a handful of small fishing piers. Newport Beach features the historic McFadden Wharf which is most recognized as Newport Pier, and it also has Balboa Pier on the Balboa Peninsula. In addition, it features fishing piers on the peninsula and Balboa Island. None of the piers in Orange County are original structures first built in the early 1900’s. In most instances, they are a third, fourth or fifth version of an initial structure.

Municipalities generally fund the public piers but in some instances there are grassroots efforts such as fundraisers to help reconstruct a damaged pier the public loves. So passionate are people about their piers that they’ll stand for hours with a cup in hand or baking cookies to raise money to repair a pier that was damaged from a storm. That’s just how much piers mean to residents of Orange County. 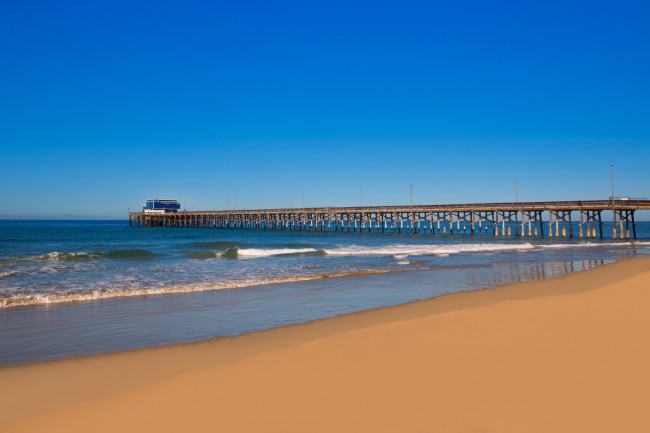 Surrounded by the ocean, hearty breezes often blow on these windows on the world. Everything is so amplified on a pier…from the smell of the ocean, to the sights of seagulls swooping by as fisherman clean their catch in the basins provided for their sport. Orange County piers are one of the first points of contact for tourists to the Orange County beaches. Many vacationers who never set foot in the water or even the beach will find the time to take a walk on a pier. A stroll on a pier offers universal appeal for families, singles, couples and the disabled who are wheelchair bound. Each of the five piers features accessible ramps and an outdoor parking structure nearby.

In OC the longest pier (Huntington Beach) spans 1853 feet or 565 meters. It is not the longest pier in California, but does offer spectacular views of ships passing by, the oil platforms just offshore, and surfers plying the waves. It is the only pier that includes several gift shops for buying souvenirs. Three of the piers–San Clemente, Balboa and Seal, offer swings and playgrounds for the kids set in the sand surrounding them. One of those playgrounds (Seal Beach) is gated for parents to keep their kids contained. Not only are Orange County piers kid-friendly, they are also one of the best places for romance.

Are you looking for a place to take a first date? Though not very private, couples find them ideal for a stroll and opportunity to get to know one another. Enjoying the outdoors, ocean and views, a cool breeze offers ample opportunities for a comforting hug and kiss as the subtle moonlight serves up the right amount of lighting for that first embrace. 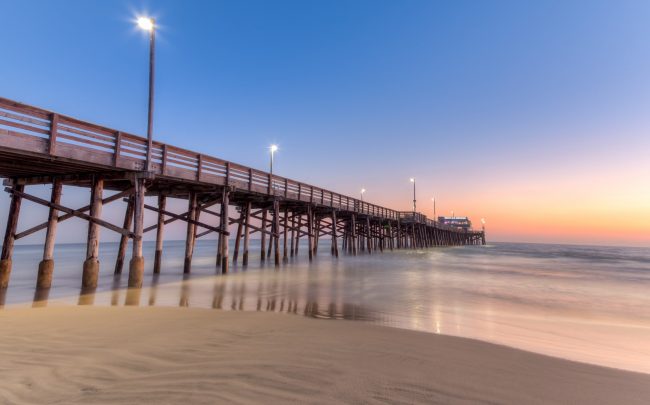 What’s amazing about these piers is that while the public is often having fun, in a lifeguard tower above there are people keeping watch on the safety of swimmers at the beach. During the summer especially, you’ll hear the loudspeaker at some Orange County piers announce things like, “Walk the bike.” “No dogs on the pier.” “No skateboarding.” During the summer there are special events such as surf competitions, volleyball tournaments, and sandcastle displays when you’ll find a pier nearly packed with crowds.

The next time you’re visiting north or south Orange County, take time to stroll on a pier. It’s one of the most enjoyable, healthy activities around. And many report that while standing there, they see a school of dolphins, or even whales migrating.

Pier hours: Most Orange County piers are open around 5 a.m. and closed at midnight to 2 a.m.