These days, it seems that many of our California beach towns look like something from a movie (or a reality TV show). And while there’s certainly nothing wrong with that, it’s also nice to pay homage to those towns that seem stuck in time, the ones who have yet to turn into celebrity-studded enclaves with nothing but five star resorts and fancy lounges. Luckily, there are some under-the-radar towns that still have a vintage vibe.

When you’re craving a blast from the past or a more low-key experience, head to one of these spots. 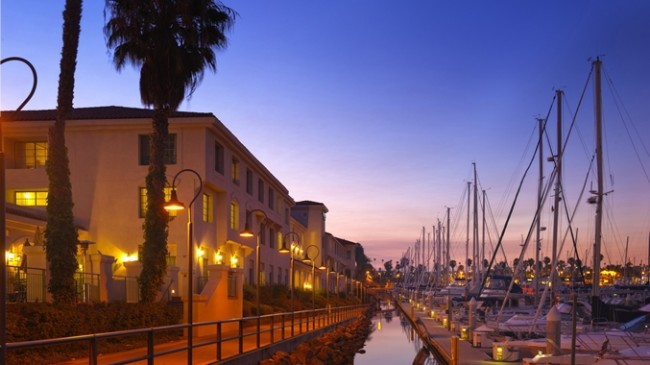 Technically, San Pedro is part of LA, though it’s about 25 miles from downtown. Once a fishing village, this quiet community is a delightful throwback to a different time when the working class could afford places with ocean views.

You’ll find fast-casual seafood, coastal trails and coves, and the Marabella Vineyard in San Pedro, not to mention the Sunken City, the sight of a huge landslide at Point Fermin that took out an entire neighborhood. There are also a couple of wonderful art galleries, such as the Gallery of San Pedro. It isn’t known for beaches, but San Pedro has several beaches with tide pools and other things to discover. Oceanside is lacking the hint of pretense that Southern California beach towns seem to embody, but it has everything else you could want in a coastal community. San Diego County’s third largest city is known for its mix of cultures and classes—in other words, this is the place for people watching.

Known for its giant pier and downtown beaches, this city is one you’ll want to spend a couple of days in. Come on a Thursday evening and you’ll find the Sunset Market, an all-out street party with lots to see, do, eat and buy. Outdoor enthusiasts will love the San Luis Rey River Trail, which takes you from the beach to an old mission church. Located off Highway 1 between Morro Bay and Cambria, this Central Coast town is a resort destination that has remained immune to overdevelopment, despite its white sandy beaches to the west and amazing wine to the east. The laid back atmosphere and beautiful beaches make Cayucos a covetable vacation destination.

Head to Cass’ Wharf, a free public fishing pier at Cayucos Drive, for people watching or casting a line. Estero Bluffs State Park is just north of Cayucos and has walking trails leading all over the place (including to hidden beaches) where you can work up an appetite for all the delicious seafood spots you’ll find around town. Avila Beach is another Central Coast gem, and it may come as a surprise that it made this list. In the late 90s, a disastrous oil leak forced the funky beach town to bulldoze and rebuild, but they managed to rebuild a beachfront that is charming, although not original. In fact, some might say it seems even more appealing now.

The Avila Wine Trail is full of wine bars and tasting rooms sure to please anyone who loves their vino, and you’ll see lots of charming shops and tempting restaurants throughout town. Take a leisurely stroll along the Avila Pier and check out the yelping sea lions, otters and harbor seals that tend to flock to the area. And don’t miss taking a relaxing soak at Sycamore Mineral Springs, which is rumored to have healing properties. This tiny city in Mendocino County is a local secret often overlooked by tourists. Point Arena is a harbor city, so it doesn’t have the same beachy vibe as the other places on this list. But with a beautiful historic theater, well maintained old buildings and an Instagram-worthy lighthouse, it’s a remarkable place.

Point Arena has several festivals throughout the year, from spring’s Point Arena Flower Power Festival to their renowned Fourth of July celebration. But winter is also a great time to visit since the shops are less crowded and lodging is more affordable.