Abalone Cove Shoreline Park is a coastal treasure on the Palos Verdes Peninsula in the Los Angeles Area. The park contains an ecological preserve and is known for its outstanding tide pools. Trails meander on the bluff out to excellent views from two prominent points. Below these points are three separate coves with beaches and tide pools. Out at the end and right at the base of the points there are amazing rock tunnels where waves rush in and crash through. It is worth checking tide charts to visit these beaches at low tide for the tide pools and the tunnels. Above is a map and below is a list of links to all three beaches in this park. Here are a few specifics before your trip: There is just one parking lot for the park and it requires a fee to park there. They are strict about closing the gate at the end of the day (currently 4 p.m.), so don’t let your car get locked in. Dogs are allowed on-leash on some of the trails, but they are prohibited on all three beaches. Enjoy the marine life in the tide pools, but don’t touch or take anything. Everything in this ecological preserve is protected by law. 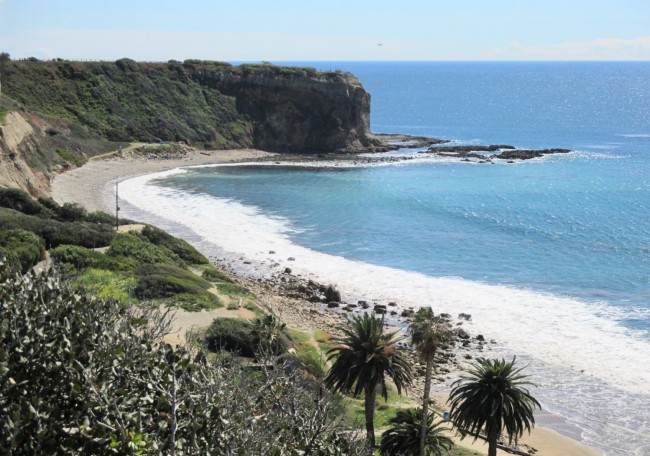